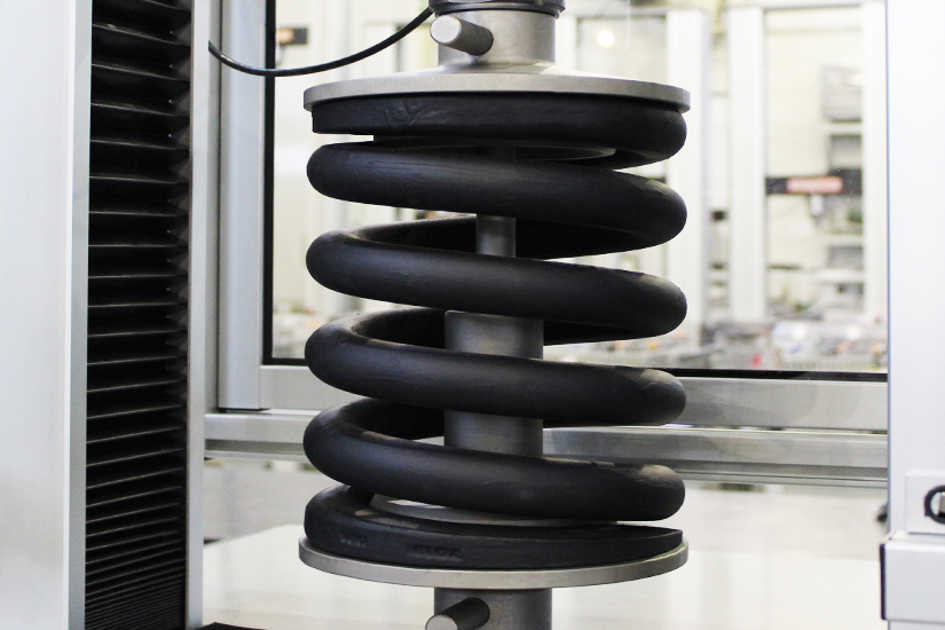 Typically, damper durability tests take the form of running for an extended number of cycles at various different speeds. In reality, testing is performed with a constant displacement amplitudes across varying frequencies.

Spring testing (both of tensile and compression type) requires the determination of characteristics such as: free length and under compression, detection of known force deflections. The software is able to provide the instantaneous length of the sample during test through the execution of an auxiliary zero.

We chose fixtures with rigid plates, even with a central core to avoid instability, as well as tensile spring hooks. These tests involve measuring the peak force (in bounce and rebound) for each of the specified speeds. The specimen's measured peak force needs to fall within a given tolerance band in order to pass. During the test the temperature of the damper needs to be controlled within pre-defined bands.